Beta Upsilon Alumni, We Need YOU!! 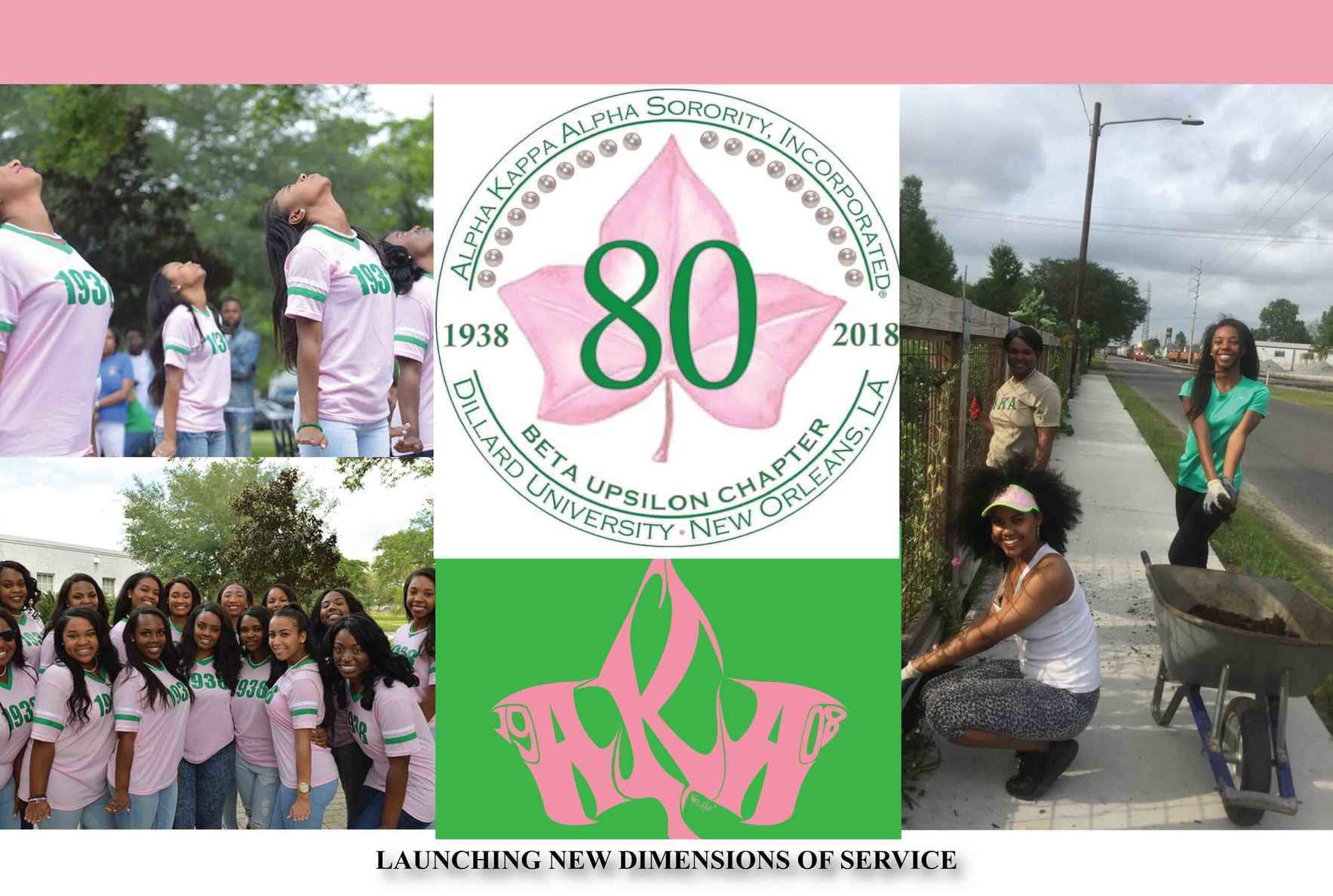 In 2014, ThinkHBCU was launched as one of the national campaigns of Alpha Kappa Alpha to highlight HBCUs and their contribution to the sorority and society. Dillard University is a part of this history and as you know, Beta Upsilon also has a long legacy of members who have contributed to both the sorority and society. From 18th International President Dr. Mattelia B. Grays being initiated in 1950 to 1989 initiate Dr. Yolanda Williams Page who serves as Vice President of Academic Affairs, now is the time for us to secure a prominent legacy at our beloved Fair Dillard.

Many Beta Upsilon graduates have expressed an interest to secure our legacy by our commitment to the educational, service and sorority leadership development of the current members. As part of Beta Upsilon Chapter's 80th Anniversary celebration, we would like to establish an AKA Beta Upsilon Alumni Fund and we need your help! We are asking each Beta Upsilon Alumna to donate or raise $80 between October 29, 2017-October 29, 2018. Our short-term goal is to raise $25,000 which will be presented to Dillard during our anniversary weekend on November 9-11, 2018. To accomplish this goal, we will need 313 alumna to donate. Our long-term goal is to raise $100,000 by 2023, which will be our 85th chapter anniversary.

Gifts can also be mailed to:

Gifts may be made via phone by calling:

*Be sure to inform her that this is for the AKA Beta Upsilon Alumni Fund.

Please note that this donation will count towards the DU Alumni Giving campaign and we are accepting donations from individuals who are not members of Alpha Kappa Alpha or affiliated with Dillard. All contributions are tax deductible and can be made in installments or at one time. Every dollar we donate will go towards our fund and increase the percentage of alumni giving. TOGETHER, WE CAN DO THIS!

The Beta Upsilon Chapter of Alpha Kappa Alpha Sorority, Incorporated was chartered on the campus of Dillard University on October 29, 1938. It is the oldest existing undergraduate chapter in the city of New Orleans. The Charter Members are Florice Brazley, Ollie Butler, Mary Grace Harris, Tessie Lewis, Alice Mhoon, Essie Mhoon, Lois Neal, Marjorie Price, Melba Brazier Robinson and Audrey Williams. The Beta Upsilon Chapter has a rich history on the campus and in the city of New Orleans providing "service to all mankind".